The 58th Grammy Awards was a star studded event hosted by the legendary LL Cool J. I have been a Kendrick Lamar fan since the beginning of his music career and I was so happy that he won four Grammy’s; Best Rap Album, Best Rap Performance, Best Rap Collaboration and Best Music Video with Taylor Swift. 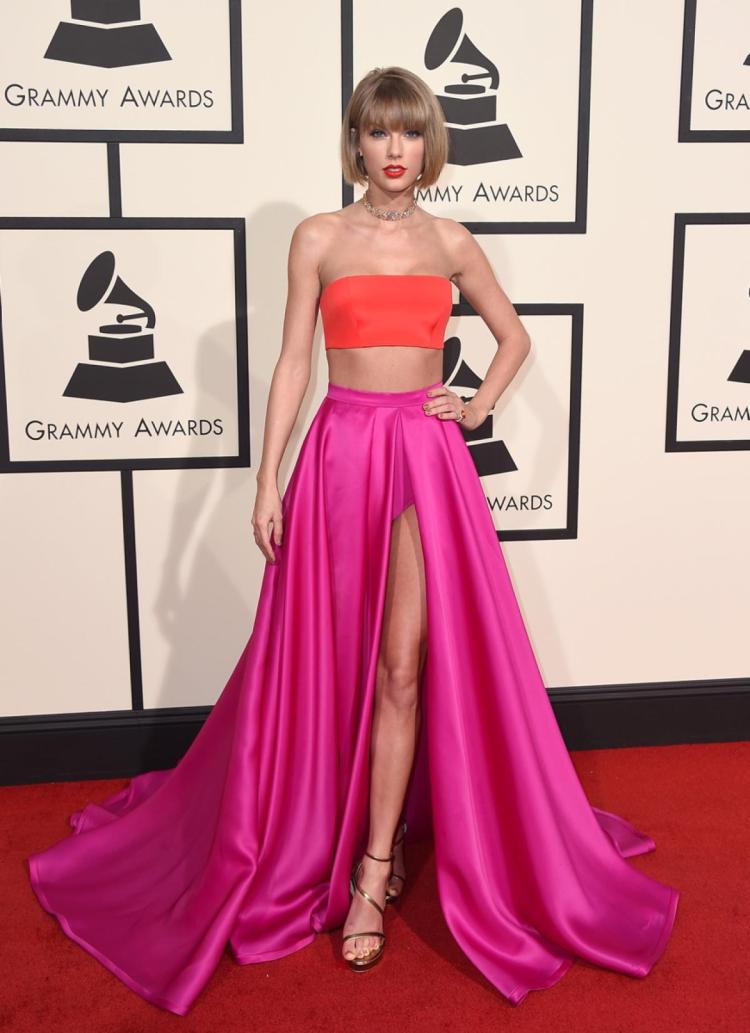 Taylor Swift looked amazing and gets my GLAM Award with her two piece fuchsia skirt and mini coral tube top.

My favorite Grammy performance was by Kendrick Lamar, he rocked the stage.

The Weekend had his beautiful girlfriend Bella Hadid right by his side. He was awarded two Grammy’s; Best R&B Performance and Best Urban Contemporary Album.

Congrats to Meghan Trainor she looked very elegant in her black and sparkle v-neck dress. She also had me so emotional as she accepted her award for Best New Artist.

Good music and talented artists are hard to come by. Keep up the great work!!